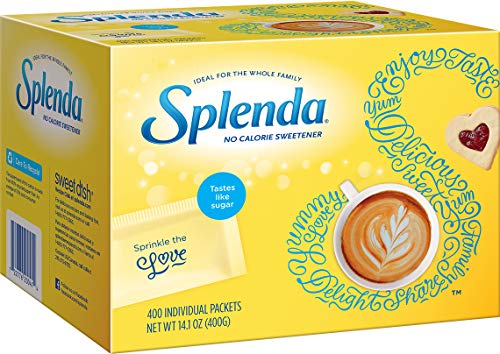 Two boxes, each containing 400 individual packets of sweetener (total of 800 packets)
Each packet provides the sweetness of 2 teaspoons of sugar
Use to sweeten beverages, or sprinkle on cereal, fresh fruit, and more
BUY Muffins made with Splenda - Search Amazon for Miracle Muffins
BUY Generic Splenda and SAVE!!! Search Amazon for B00PL99TT8