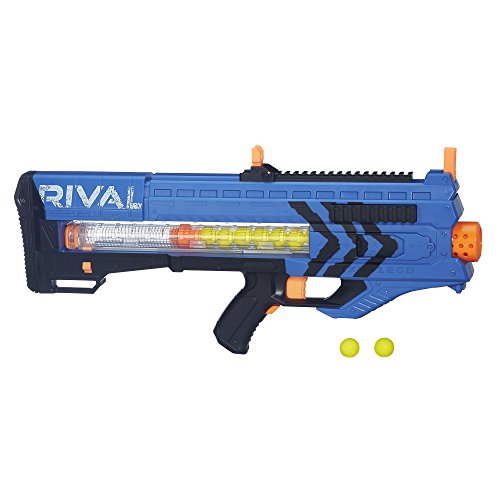 When the Nerf Rival battle starts, the precision and power of the motorized Zeus MXV-1200 blaster will put you in charge! When you load up the easy-load magazine with the included 12 rounds, youll be armed for head-to-head competition, and you can pop out the magazine to reload with either hand. Hold down the acceleration button to rapid-fire the whole clip at your target, then reload fast for another frontal assault! Team Red will prevail when youre armed with the might of the Zeus MXV-1200 blaster!


Nerf Rival and all related properties are trademarks of Hasbro.