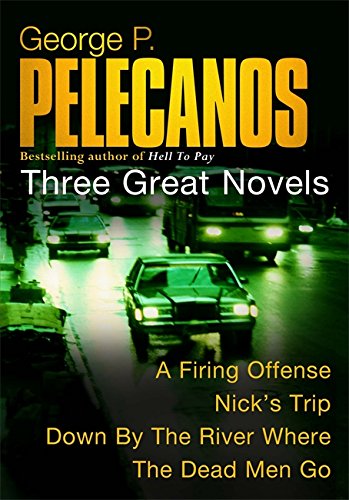 A FIRING OFFENSE - Nick Stefanos, an aging salesman for Nutty Nathan's electronics, risks his already shaky position at work to locate the stockboy who has suddenly been declared missing. NICK'S TRIP - An old high-school friend drags Nick Stefanos into a complex and deadly conspiracy involving drugs, theft, intrigue, and murder. DOWN BY THE RIVER WHERE THE DEAD MEN GO - Sleeping off a night of drinking in a public park, Nick Stefanos is awakened by a dull plopping sound and a quiet splash that turn out to be the murder of Calvin Jetter, and the beginning of a grim investigation.