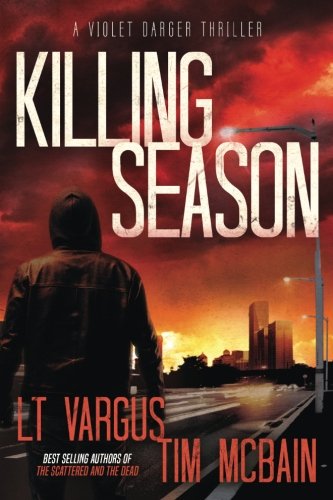 Two days. Fourteen dead. The next victim could be you. The first bullet punches through the windshield of an SUV. A head shot. The driver's death is instantaneous. And it's only the beginning. A sniper along I-20 kills eight and causes a 36 car pileup. Brutal. Efficient. The next morning, the same individual stalks through a grocery store parking lot with a handgun. He takes out six innocent shoppers along with the store's front window before fleeing without a trace. By the time Special Agent Violet Darger arrives in Atlanta, the city teeters toward panic. The vacant streets and restaurants paint an eerie picture. No one dares to venture out. A killer walks among them. A shadow. And the public cowers just the way he wants them to. Once more Agent Darger must identify with a murderer, must stare into the darkness to anticipate his next move. Putting herself in his head may be the only way to stop him. The longer she takes, the higher the death toll. He will kill again and again. But what hatred drives a man to such desperate, violent acts? And what price must one pay to invite that chaos inside themselves? A page-turner packed with heart-stopping suspense. Fans of John Sandford, Karin Slaughter, Gillian Flynn, and Lisa Gardner should get to know Violet Darger.